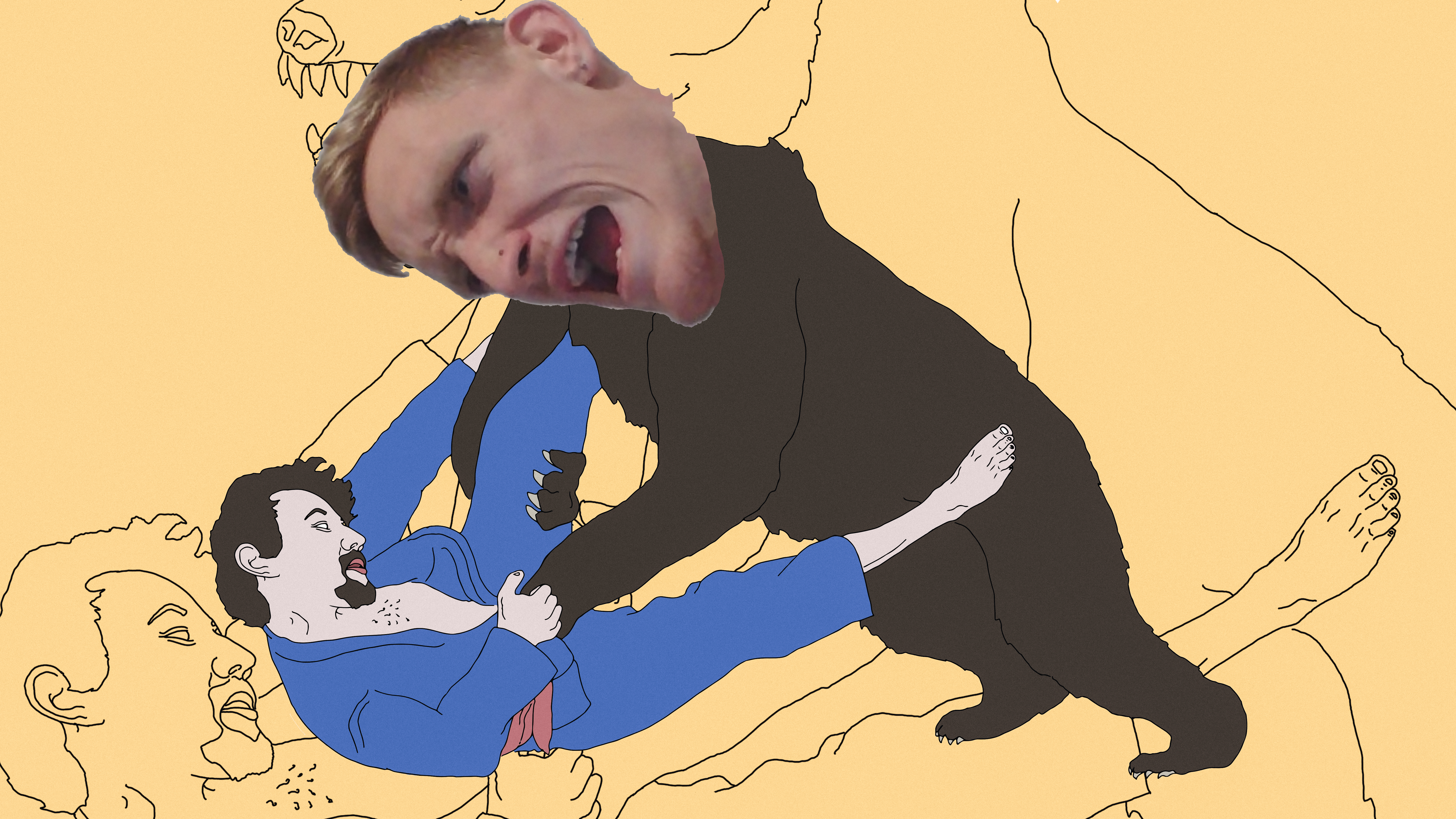 If you are a parkour practitioner and start BJJ, expect to suck even more than the average newbie, but applying groundwork concepts to parkour will completely change your game and lead to cool new possibilities.

Earlier this year, I was lucky enough to have Can Do Martial Arts set up a Brazilian Jiu-Jitsu class less than 100 meters from my door. Having briefly practiced it in my mid-teens, I jumped at the chance to join.

For those unaware, BJJ is basically body-chess. Your goal is to get your opponent on the floor, out-maneuver and eventually apply a submission on them, while they try to do the same thing to you. Usually you will spend your time transitioning between stances and forgetting absolutely everything you thought you understood five minutes ago.

Five months later, I’ve earned a little stripe, but I am still very much a spazzy white belt. I have little to no idea what I am doing and I’m generally the weakest player on the mat, which is fine – being the worst in the room means I’m in the right room!

But slowly (very slowly), certain fragments of principles are starting to sink in.

In the long term, I think coming from a parkour background will give me a slight edge. In the short term, I’ve come to the conclusion that it’s a bit of a liability…

Breaking parkour down, we only really ever face two external forces: gravity and momentum. My particular style of parkour takes these two forces and seeks a balance to create fluid, impact-free motion. So in essence, I take whatever vector these forces create and tweak it just a little to get the direction I want. I bend to fit these forces and try to wrap around or skim over obstacles in my path. When I don’t have those forces to play with, I rapidly generate them using short, explosive power.

BJJ introduces you to a third force – the other guy trying to choke the crap out of you or tear your arm off. This force, as you might imagine, is chaotic, unpredictable, coming at you from all sides, and trying to use gravity and momentum to roll you over.

My parkour sub-conscious is hard-wired to, almost Aikido-style, let my opponent do whatever the hell they want. Similarly, if I am in a dominant position, I will not instinctively think to bear down on my opponent or drop my weight on them, I am always floating and never really grounded.

Great, so parkour and BJJ (at least at my level), at their core,  directly oppose one another…right?

Well, I’ve gotten sick and tired at being shit at BJJ, so I’ve just spent my last parkour session toying with a new goal: I took that most basic of BJJ concepts, keeping your opponent pinned to the floor at all times, and applied it to parkour. And you know what? It kinda worked. My movements changed a lot. They were still instinctive, but my mind was no longer a move ahead. Instead, I had the goal of just ramming that wall deeper into the ground and keeping it pinned there at all costs as I maneuvered around it.

With this new rule added, old rules vanished. The no-knees/no-elbows stuff? Out the window (knee on belly is a thing in BJJ, so it’s a thing here, same for forearm pressure). The goal was now simply to avoid any strikes (because, you know, concrete). The flow stuff remained as parkour doesn’t really make sense without it, but I was a lot more anchored to one spot. Because of this, there was a tonne of rotation (which is fine, I’ve always loved spinny vaulty things). Adding shoulder-control induced a lot of roll-like movements and side and hip control lead to turn-vault style movements, but I stayed glued to the top of that wall and just absentmindedly played! As I played and added more complex architecture, new variations of familiar movements were appearing out of nowhere and it was like learning a new discipline all over again!

Even though I am nowhere near skilled enough at BJJ to turn the tables, I’ve taken a lot away from mixing the two disciplines, although it’s been a mixed bag of contradiction:

My parkour has certainly changed from this little exercise and I guess I’ll soon find out if it’s had any effect at all next time I’m on the mat.

For those of you who are already a traceur and BJJ player: