My name is Aaron Burns, and as an artist, I’m 7LOW. I started training in 2006, traveled around the world training and teaching. Currently, I’m at a gym called Elite Tumbling—that’s where I have my parkour program, which has been running for six years now, and I teach some pop-up workshops as well. And besides that, I am a performer on the Milwaukee Bucks performance team. Been in the game a long time.

What inspired your current sound and your shift from the hip-hop and pop sound of your previous work?

I wanted to do metal music my whole life. Growing up, my brother always played guitar, and I had a drum set when I was younger, so I was always into metal, rock, alternative, and all that kind of stuff. There’s something about it that seems more real to me when the emotional side comes out. I can still obviously share emotion through hip-hop, but it’s a little different of a feeling—it feels more involved, you know what I mean?

Hip-hop still feels natural. I’m going to do another Fire On Water style album called Ashes On Ice, which will be the aftermath of Fire On Water. But with that, I still want to have metal screaming and harmony singing. The second project will be more metal vocals with—I wouldn’t call it trap, I hate to call it trap metal, although a few of my songs could be considered trap metal. Eventually, I want to move away from instrumentals. Like I still want to have the 808 hits and shit, but I want a complete band. You know what I mean? The end goal is to be all live music. But the new style—I’m in love with it, man!

Who were your major influences on the latest project?

I’m all over the board with music. I’m digging Dance Gavin Dance. Some people tell me that some of my screams kind of sound like him. Training wise, I’m listening to a lot of Parkway Drive. I found this new band called All Day, which is pretty dope. HIM, obviously. Damien Marley, Monuments—if you know who Monuments are, they’re sick. A Day to Remember, Bring Me the Horizon, Killswitch Engage, Avenged Sevenfold, After the Burial. I’m all over the place.

I can still obviously share emotion through hip-hop, but it’s a little different of a feeling.

Was there a reason you went for a heavier metalcore/death metal sound and feeling on Opposites Attract opposed to the pop-punk sound of Fire On Water?

It was just how I heard the music. Dude, “Wake Up”—when I wrote that shit, I cried. It meant that much to me. With people—mainly I was just thinking about my family honestly. Like my mom is eventually going to die, and when I think about it, she never got to live out the things she wanted to do in life. It’s kind of like, live your life. Start to do something now before it’s too late. “Take Over” just had that raw feeling and a lot of energy to it. And “Own Enemy” was definitely influenced by Linkin Park for sure.

Beyond this project, and what you have in the works, is this it for the direction of your music? What’s next for 7LOW?

I think this is what I’m going to stick with. The end goal is to have the singing with metal vocals—like melody with metal. If you listen to “Wake Up,” and there are a couple of others on the album too that I was like, this is the style that I want—you can hear where there is melody behind the screams. So that’s definitely the direction.

I know you just released Opposites Attract, but is there an expected timeline for the new albums?

Sometime next year, probably mid next year. I still want to push this—everything is so new, dude. These past two albums were just dropped this year, and I didn’t get a chance to perform any of them yet, which is bullshit. But like it (COVID-19) hit—I was so ready to perform the last album. Just day in and day out, just going through-practicing, practicing. Then it hit, and I was like, dude, are you serious right now? So then I made the next album with all of the downtime and got into this new style. But mid next year is most likely when these albums are going to drop.

Opposites Attract, the latest album from 7LOW, is absurdly refreshing and a unique music performance in the face of the stereotypical music genres that have persisted throughout parkour’s history. The majority of the album takes a metalcore, death metal, hardcore, and trap-infused approach to the traditional hip hop music that generally comes from parkour athletes.

The album begins with Motions which sets a very different mood from the rest of the album and is very reminiscent of 7LOW’s previous album, Fire On Water. The song begins with ambient phone ringing that makes you feel you’re about to listen to an older track from Drake. However, the feeling instantly disappears as your teleported back to the early 2000s in a mashup concert between Good Charlotte and Linkin Park.

Wake Up feels like the legitimate start to the album, and if you’re looking for a cohesive album to listen through, I suggest starting here. The song serves as an emotive and chilling reminder that life is short and needs filling with passion and the following of dreams.

Take Over sets the precedent for one heavy experience and opens up the pit where 7LOW brings a fusion of styles throwing down together. Mental Space and Tell Me continue the rampage with heavy digital chugs, banging bass, pounding drums, and an impressive barrage of vocal patterns within thrashing metal screams that hit you like a nail-covered bat. The most notable element in his work is the diversity in vocal tone, cadence, and patterns. From his impressively solid mid and low growls to his rap delivery of metal elements—7LOW comes packing the punches, leaving you wishing the tracks were just a little longer. One moment you feel like you’re listening to Dance Gavin Dance, the next—Bring Me the Horizon, then Born Of Osiris, Gojira, and Asking Alexandria, followed by a few features from Tech N9ne and Kendrick Lamar. It’s a satisfying combination that brings something original to 7LOW’s delivery and sound.

The album eventually makes its way back to the early 2000s with “Own Enemy.” While the song is a tight performance of musical diversity, its sound is eerily similar to Linkin Park—possibly breaking beyond the threshold of inspiration and into the territory of mimicry.

Aside from “Motions” feeling out of place on the album, “Own Enemy” sounding far too similar to Linkin Park, and the few awkward moments that take us back to our teenage years, 7LOW is forming a modern and unique sound that is strikingly powerful, diverse, and well-blended. Considering that Opposites Attract is the first release with this new sound, I can only imagine that if 7LOW continues down this path, he will continue evolving into something original, and not only in the world of parkour.

Update 2/28: The pop-punk reference was updated to reflect a mix-up in content from the albums Opposites Attract and Fire On Water. 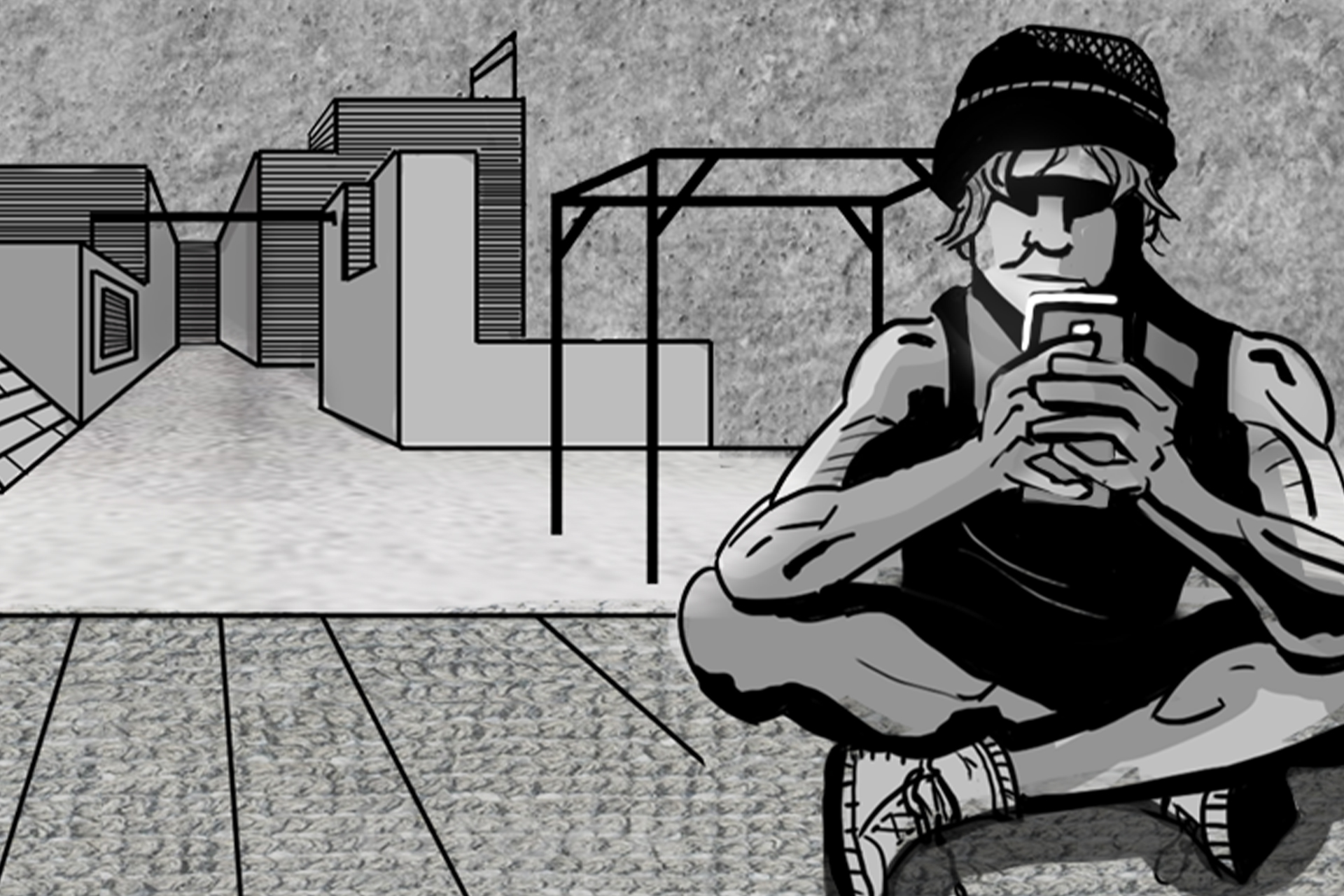 Next
Mat N Pat: Over Kongfidence 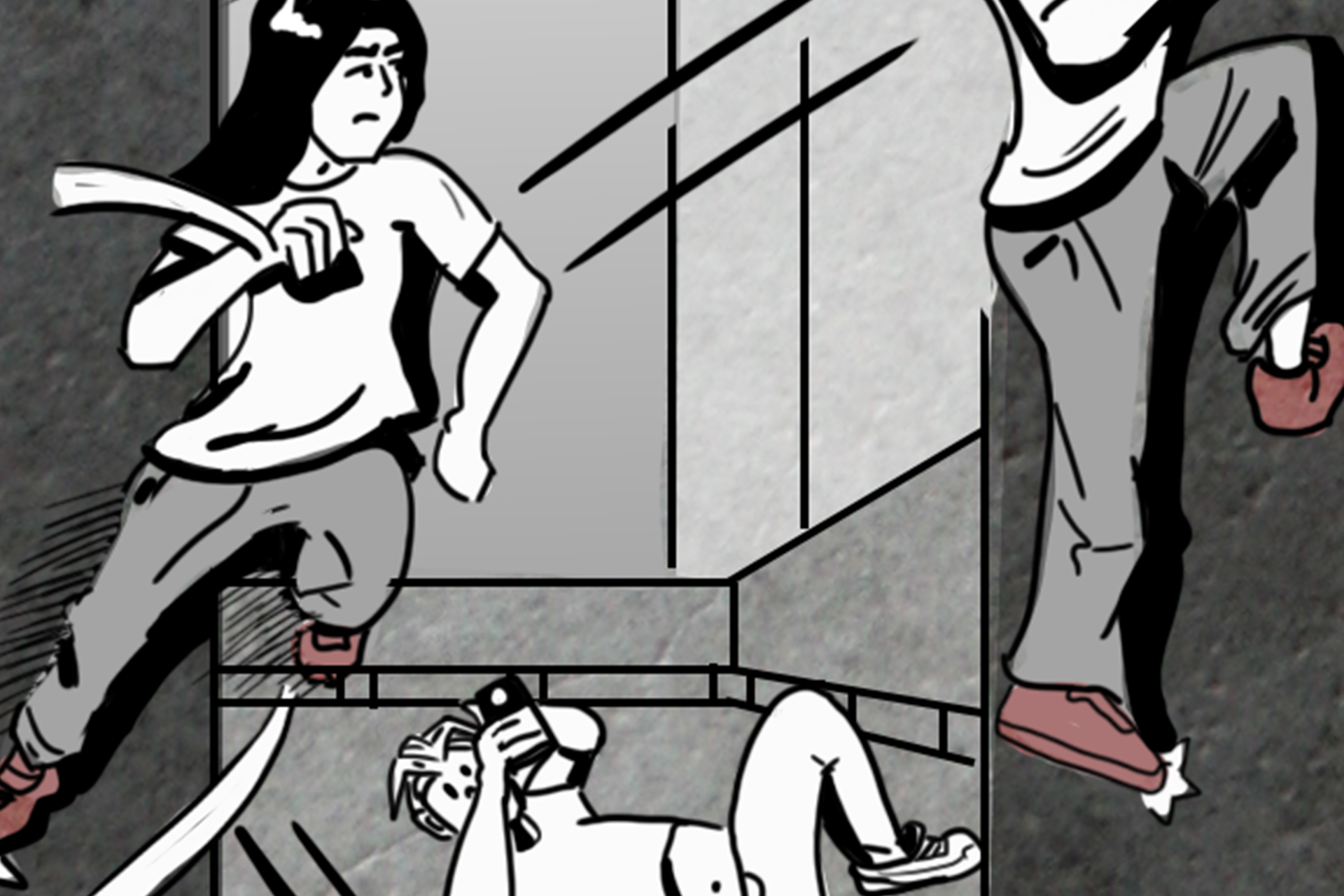 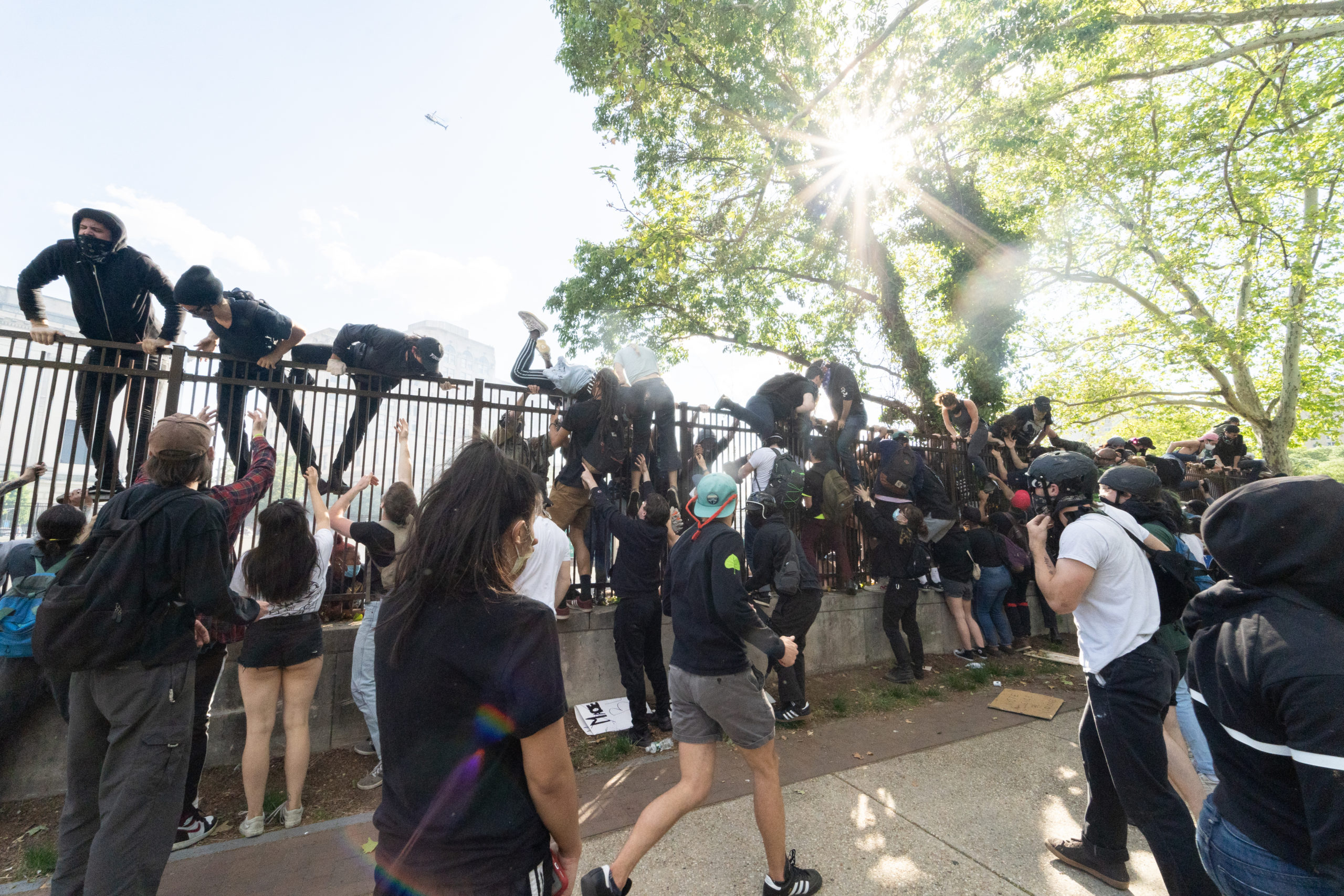 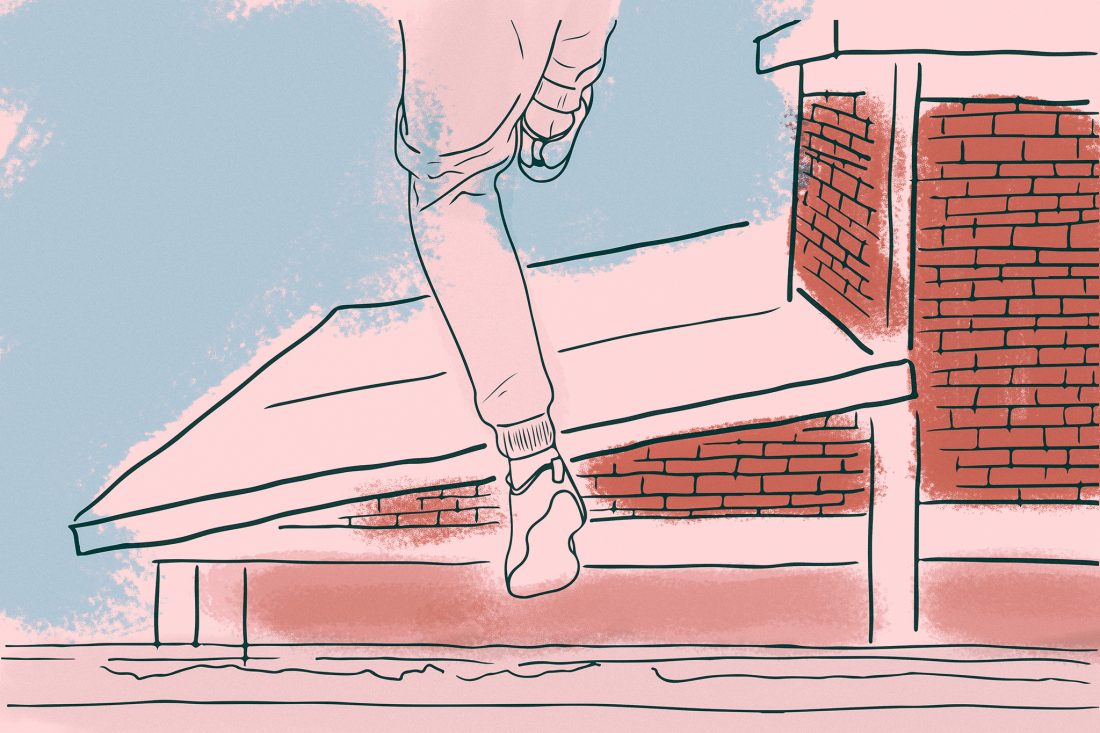 When you see the action elements of parkour on the big screen, they nearly never 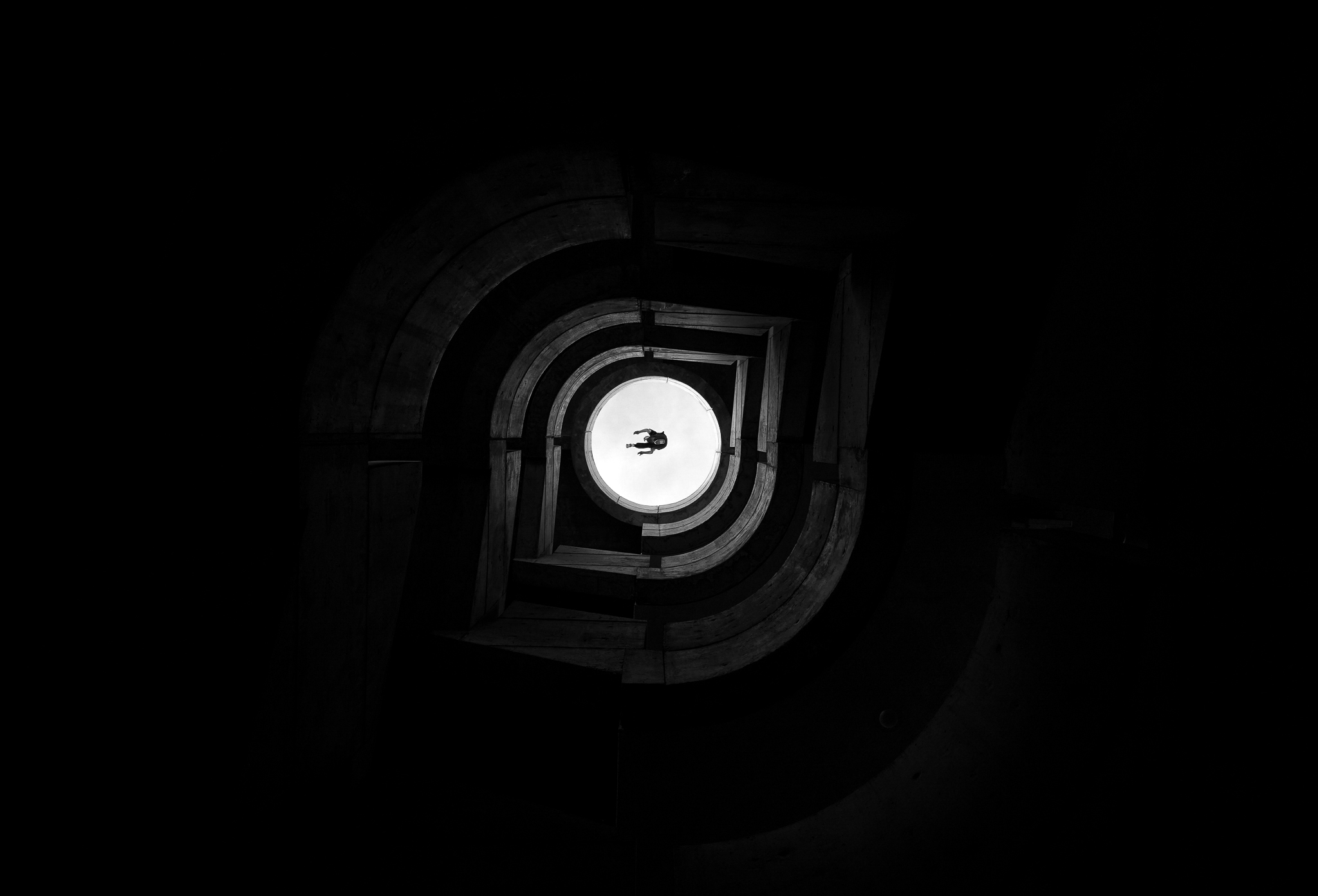 Inside A Noisy Mind