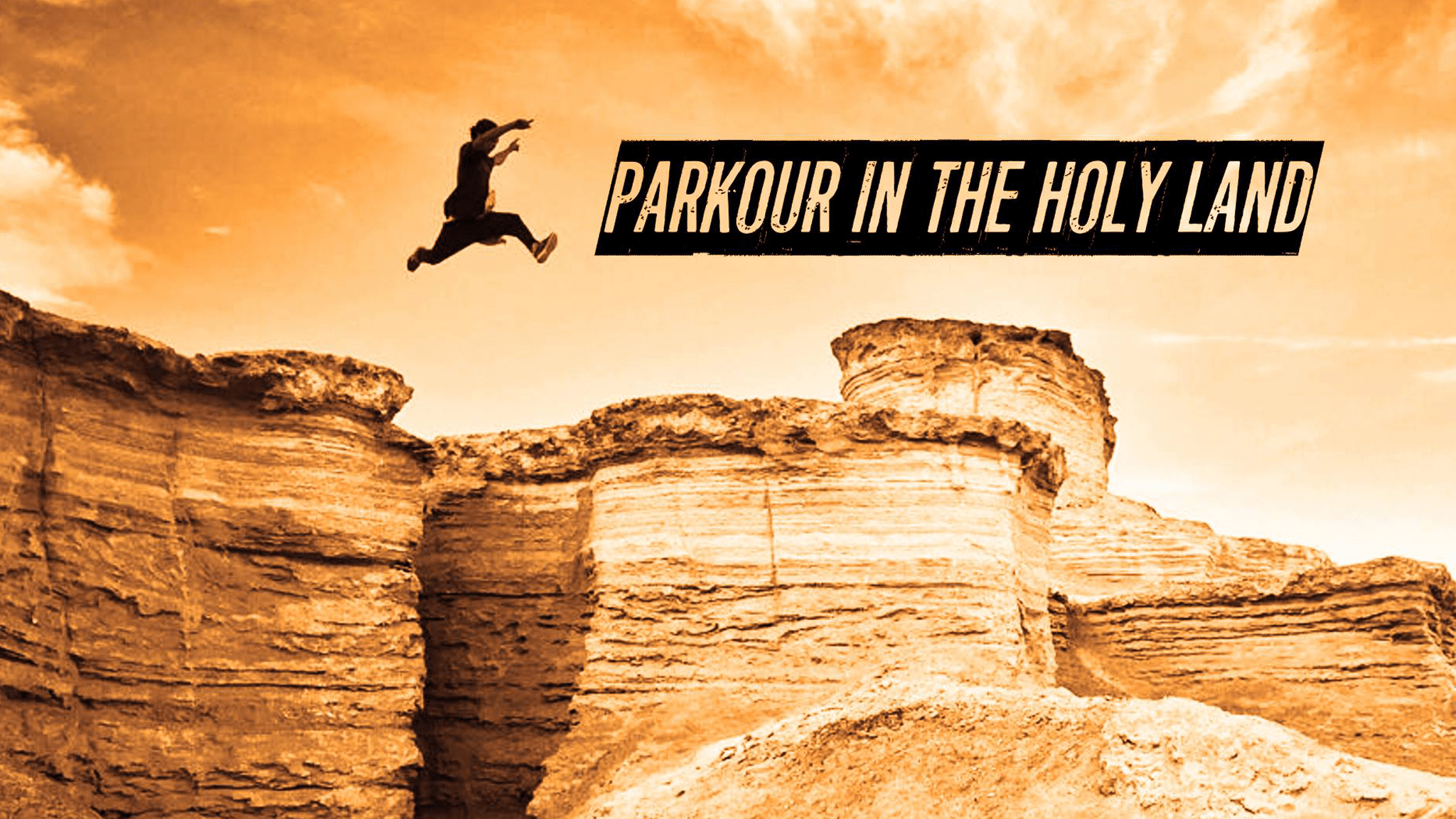 Storror went to another place they're not supposed to go, and took us along for the ride. A Storror's look into the conflict between Israel and Palestine.

Storror Blog is off to another place they’re not supposed to go, and they’re taking us with them. But this time is a little different: This time they’ve set the goal as peace between people moving forward; this time they’ve really showcased the power of parkour – UNITY.

It’s ironic that a small group of young British men should propose a solution to the problem, as it’s an older group of British men that helped create. Because of the colonialist mistakes of the past, the present remains a powder keg of conflict. But there has to be another way.

“They said we were the first parkour and freerunning team to ever visit Israel and Palestine. And people said if we went there we shouldn’t make a documentary about the conflict – but why?”

“If they catch us they will beat us.”

This statement, made by blurred individuals, is said with a laugh. A laugh. The violence is so commonplace that humor is the only way to get through the issue. Violence solves nothing.

Let’s assume that violence is the proliferation of ignorance, and parkour is the search for knowledge. When someone beats you, it doesn’t make you see their side – you either fear or resent them. Through parkour, we learn humility from the jumps we can do, and through the pursuit of those we cannot. This type of pursuit has no room for racism or violence.

Storror talks about their experience reading off a graffiti-covered wall in the West Bank. Stories from Palestinians craving the same freedom and mobility that we often take for granted. As traceurs we’re used to getting outside the box, not staying in it. The people have lost their power.

In episode 2 Storror visits the West Bank, and we get an inside view of the Palestinian side of the conflict. People can be arrested and imprisoned against their will just for their religion. One of the young men eating with the Storrors says his father spent 12 years in prison, not for any crimes, but rather for living a normal life in a place with almost no human rights. I can only imagine this is how African Americans feel about the #BlackLivesMatter movement in the US. Ruthless police and military aggression do nothing but harm to the people they’ve sworn to protect.

“There’s only one solution to the problem. To finish Israel and come back to our land.”

And that’s the problem. Either side you ask claims their right to the land. In their eyes, they just want to go home. But what is home with the risk of violence and persecution? What is home in the face of death itself?

I’ve never been tied to one place, and I’ve certainly never had to fight for it. The last time anyone fought over Massachusetts was the 18th century. I’ve never loved a place enough to not leave. Life is for living. Life is parkour. We know obstacles, and they don’t stop us.

Episode 3 really has nothing to do with the conflict at all. They filmed it on Mars. Not quite sure how they booked that flight. But hey, it’s Storror Blog. It looks like Mars had some great weather that time of year, and they made the best of it.

All jokes aside, this is where Storror always shines: Creating an adventure-driven burst of action in a new location. We are treated to some stunning cinematography and surreal editing. The shot of them running away from the camera as the ground shakes gave me chills.

When the Storrors returned from Mars they go right back to trespassing (swag), but then Benj explains there had been another shooting in Tel Aviv claiming the lives of citizens that had nothing to do with the conflict. All these people afflicted by tragedy are just like you and I – trying to live their lives.

At the end of the video, we follow Storror to the camp of a gypsy tribe, but the mood is quite somber. When watching all of the videos in order, 3 really feels like a need to escape from the conflict even as outsiders. A need for a deep breath in an ever-changing world.

“First Storror Jam ever. Biggest Jam in Israel ever.”

In the 4th and final installment of the series we see Storror host one of the most important parkour jams in recent memory, bringing both Muslim and Jewish traceurs together in Israel.

Movement transcends language. In fact, it is a language all it’s own. And it’s one we should be speaking more often. From angry security guards to can-you-do-a-backflip-muggles, everyone can come to understand the freedom of movement when they open their hearts.

“We want to show that something like parkour can be bigger than any political, religious or cultural conflicts.”

That’s what the freerunners of Israel did with this jam, and I hope it is the first of many to come. Only through acceptance can we find peace in the tumult of the everyday. Only through peace can we truly achieve freedom.

What Storror did by going to Israel and Palestine was open a bridge to the answer: Community. Where there is hate – add love. Where there is fear – add understanding. Conflict remains a conflict because it has not yet attained equilibrium. What we need is a sharing of art, culture, and movement.

By accepting and embracing our differences, we come closer to being the same. The only thing that makes the conflict beautiful is the commitment to the idea that this place is home. It transcends millennia, this idea that something is so special that you devote your life, and the lives of all your future kin toward it. Imagine if that idea was the joining of these people rather than the separation of them.

The parkour community already has a crucial thought process that is not uniform. The average person lives in their city, or state, or countryside for their entire life. The average person occasionally goes on vacations to escape the bubble they’ve created for themselves. The average traceur goes on as many journeys as they can, not to escape, but to explore. Not to confirm what they already know, but to learn about what they don’t.