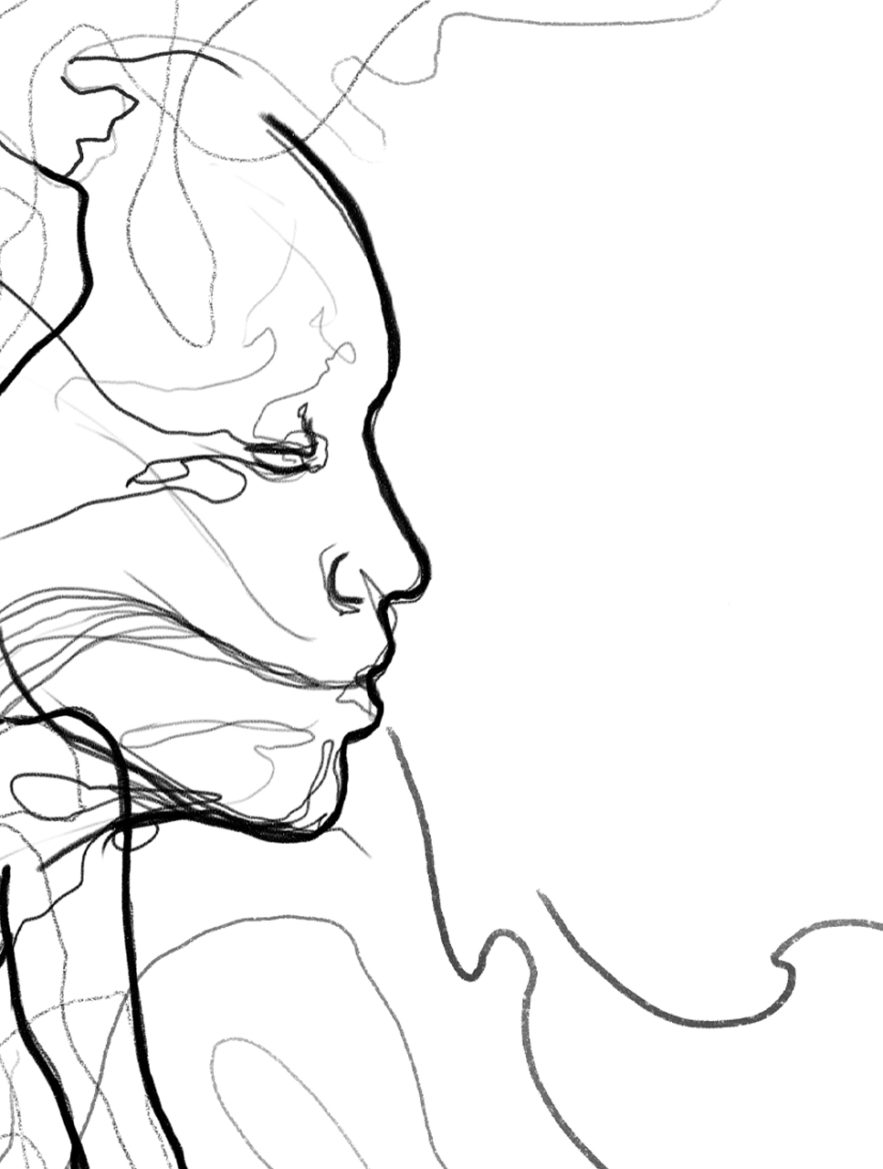 Water, whiskey, and coffee breathing are more than just halitosis.

You are preparing to jump. Maybe it is mentally challenging, but not so much physically, or maybe it is a physical behemoth that you have fought against for years. You have walked to face it many times, visualized it, and feel that you are ready, but something is still holding you back. Are you capable of being in the present moment or does fear for the future possibilities keep you tied to where you stand?

Mindfulness is the ability to maintain a present awareness of self and the thoughts, feelings, sensations, and environment that make it. Typically, we allow breathing to be an automatic, subconscious process. However, having conscious control over breathing plays an integral role in the ability to be present and how we experience the present. Breathwork, which stems from Prāṇāyāma, the Hindu regulation of the breath, is a general term for any practice of conscious breathing control.

Breath is a vital function within physical activity and one that is undervalued. You hear too often about people holding their breath during movements, let alone utilizing conscious breathing to further one’s ability. Why is breathing so crucial during activity, and how could conscious control over our breath potentially be used to enhance our training further?

Oxygen is necessary for the body to expel energy, and the body needs more oxygen during higher levels of physical activity. The diaphragm, a muscle that sits in the abdominal cavity, is physically responsible for the almost endless cycle of respiration. Respiration is a unique process in the sense that it can either operate under conscious or subconscious control.

Typically, we allow our autonomic nervous system to operate subconsciously, but what benefits could exist if you were consciously in control of the respiratory process? How could we utilize these benefits within parkour? We are going to focus on three breathing patterns that yoga expert, Lucas Rockwood, calls water, whiskey, and coffee breathing.

Water breathing creates a balanced nervous system. If you are up, it will carry you down, and if you are down, it will lift you. Start by inhaling through your nose, breathing from your diaphragm for a four-count and than exhaling to a four-count. By bringing your breath count to four to six breaths per minute for three minutes, you will balance your nervous system, which could be used prior to training to create a positive space for movement, reduce minor stress of a challenge, or to help you get things moving when you’re feeling sluggish.

Say you are a person who doesn’t operate well under active stress response (because you haven’t trained under it enough to manage it), and you have your adrenaline pumping prior to or after a jump. Alternatively, whiskey breathing may do the trick. Just like alcohol (outside of training environments, obviously), whiskey breathing should be used sparingly. Whiskey breathing stimulates the parasympathetic nervous system, bringing you to a state of relaxation. The process is the same as before. Start by inhaling through your nose, utilizing your diaphragm, for a count of four, but exhaling for an eight-count. This will bring you to a state of relaxation to help mitigate the fight-or-flight response or relax after a training session.

Ultimately, there is coffee breathing, which stimulates the sympathetic nervous system, which is responsible for the fight-or-flight response. Coffee breathing is useful if you want to learn to manage yourself under the acute stress response, or you’re already comfortable there, and you need the extra performance boost. Just like coffee (which can be beneficial in a training environment – just ask Nico Vanhole), it should be used sparingly, or else it can cause imbalance and agitation. Coffee breathing, unlike water and whiskey, is a very different technique. Take a deep breath in and then 20 nasal exhalations before returning your breath to a regular pattern. Do this for three rounds to prepare you for a training session or to give you a boost in the face of challenge.

From my experience, these breathing practices, along with other breathwork practices, can have profound benefits on your life and training within parkour. So breath, and take things slow, or fast – whatever you need to do to keep moving.