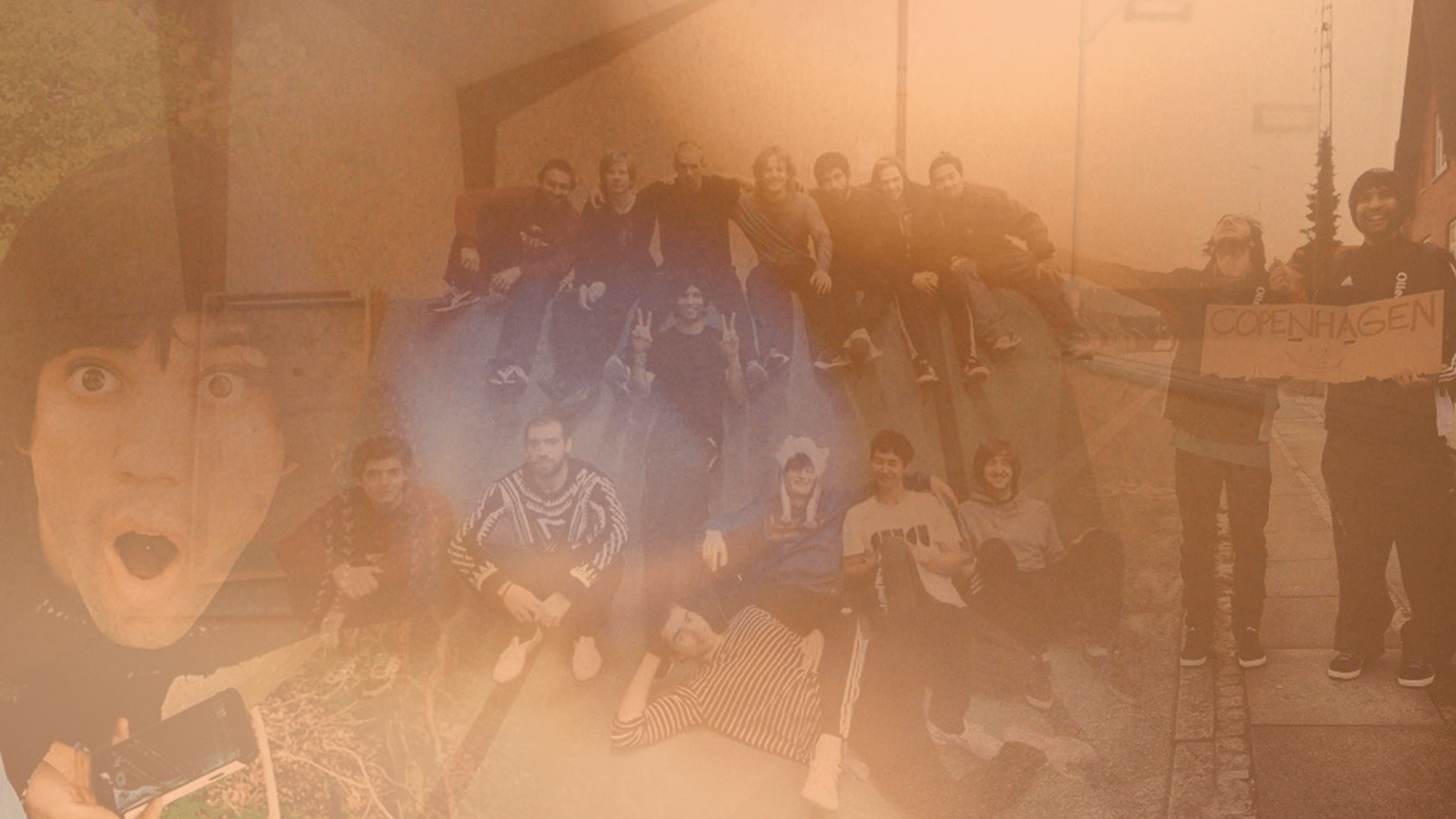 Ollerup is sort of the Hogwarts of gymnastics. Nick Ortiz shares what his 6-month term in a parkour school in Denmark was like.

Last year Nick Ortiz, a good friend of mine, left on a six-month trip to Ollerup, a parkour school in Denmark. It was a big deal for him as he’d never been abroad before (except to Canada, which hardly counts), let alone traveled by himself. But he’d been awarded a scholarship by the school, and his parents were willing to cover airfare, so he packed his bags and was off. Short notice certainly, but it would’ve been silly to pass the opportunity up, and Nick knew that.

My life [was] kinda going nowhere, so [I thought] why don’t I just take a plunge and see what happens?

The next time I saw him, and several months later, he was a very different person. Much calmer; much more grounded. I know that travel will change anyone, but your first-time-travel experience has a particularly profound effect, and for Nick that was apparent. I never really asked him much about it, and being the humble person that he was Nick never offered anything up. He was probably worried that he would’ve sounded as though he was bragging. I mean, the whole thing was pretty cool.

And the idea that he’d spent 6 months at “parkour school” never really left my head. Parkour school? Was there really such a thing? Was it legit, or just some sort of silly excuse for people to get together and train? And how had I never heard of it?

Ollerup is actually a gymnastics school established in Denmark almost a hundred years ago, and one of the oldest in the world. Its founder, Niels Bukh, had high hopes that one day the school would host the Olympics, and while that never came to pass, Ollerup did become one of the most highly esteemed gymnastics schools in Europe.

Ollerup is sort of the Hogwarts of gymnastics

The program was no joke. Everyday Nick would wake up at 7 A.M. and head to breakfast. Everyone was expected to pitch in with cleaning, and after helping clear dishes, vacuum or clean the bathrooms (duties rotated), he would head downstairs to the morning assembly where everyone would sing together. Sometimes in English, but mostly in Danish. As a boarding school, there was a sense of community and camaraderie that was essential to its functioning.

150 of the students were Danish, and 60 or so were international, and you could hear them all pathetically attempting to sing in Danish.

Five days a week they had a parkour class with their teacher Jonathan Linde, and Masa Suzuki his assistant. Jonathan started the parkour program at Ollerup in 2013, about a year after Masa attended as a student of gymnastics. It began as a class for other athletes to take as a supplement to their training but has since grown into its own full-fledged course of study at the school. While Nick was in attendance, there were about 15 other students from all over the world. Brought together by a love for their discipline.

But the curriculum was more than just jumping. Nick was also required to take Danish language classes, international studies and a variety of other movement courses, including martial arts and tumbling. He helped in the construction of their outdoor parkour park, climbed in a tree based obstacle course and during some off-time hitchhiked to Copenhagen. He got the chance to train with many of his idols and visit iconic spots throughout Europe. And at the end of the semester, he was involved in a live performance where what he’d learned was put to the test in front of an audience.

It was a full schedule and incredibly challenging, but in the end, it always came back to parkour. That was Nick’s passion and his reason for being so far from home. They would train every day; sometimes technical training, sometimes conditioning, but always being pushed hard by Jonathan.

Jonathan… Where do I start with that guy? He’s one of the most amazing people I’ve ever met. I don’t know… He’s somehow very stern and strong, yet comforting at the same time.

Jonathan is first and foremost a coach and came to parkour primarily as a teacher. His background is actually rugby, but he discovered parkour while working as an instructor at a gym where, during open sessions, a group of young kids would come to hone their parkour skills. Their tenacity caught Jonathan’s eye, and his natural athletic and coaching abilities lead him to take them under his wing. Teaching and coaching parkour has grown into a career for him since, culminating in his designing and building Ollerup’s indoor parkour facility.

“I could remember this one time from the end of the semester where [Jonathan] was just taking the precision trainers from the floor… and takes one up and just throws it on the wall, and is like, ‘what do you think of that shit?’ (laughs)… and we’re like, ‘yeah, let’s do it!’… and he’s like, ‘alright, hold that, and hand me the drill!’”

I could tell Nick had the utmost respect for his teachers at Ollerup, and that his reverence for Jonathan extended beyond a simple teacher and student relationship. Jonathan was more than just a teacher, he was a mentor, and a guru of sorts. When I got the chance to talk to him he expressed that his job was more than just to teach parkour; it was to engage with his students in discussions about life. To find the ways in which life and movement intersected.

The approach at Ollerup proposes that a well-formed human being is one that has mastered themselves in a multiplicity of ways: Physically, mentally and spiritually. That without building all of oneself simultaneously, one can’t grow holistically. Movement classes are paired with atraditional curriculum, and all of it is taught by teachers with a deep connection to their students and the subject matter. Jonathan believes that this is fundamental to what makes the students who graduate from Ollerup such strong-willed leaders.

And it shows: Masa, after having attended, became a teacher himself. And Nick, after having returned to the states, was a changed man. For him, I think it was a journey of forced growth: A coming of age of sorts. I’m glad that Nick went to Ollerup. I think it made him more complete as a person, and I’m excited to see the school continue to grow; to inspire and foster more athletes in search of grand adventures and self-discovery, and hopefully change the way we think about physical education.

“In Ollerup we stand with this idea that… a full person [is made of a] physical, mental and… a spiritual [element]. Unless you have these three things, you’re not a functioning person… You need to develop everything together.”

If you’re interested in what Ollerup has to offer, please check out their website for more information.